Hiding, camouflage & mimicry. Part 16 of my DVD, "Reef Life of the Andaman", available at http://www.bubblevision.com/marine-life-DVD.htm

In this video we look at how fishes and other marine life use different strategies for hiding themselves from both predators and prey.

First we see how the pastel tilefish, Hoplolatilus fronticinctus, hides by diving into enormous piles of rubble that it has built at dive sites in the depths of the Mergui Archipelago in Burma (Myanmar).

Then we look at how the dwarf whipray, Himantura walga, and bluespotted stingray, Neotrygon kuhlii, camouflage themselves under sand on the seabed at various locations in Thailand including the Similan Islands.

The day octopus, Octopous cyanea, shows us how it ejects ink as a decoy so it can make its escape.

Mimicry is a clever way that marine life hides its presence. We see how the straightstick pipefish, Trachyrhamphus longirostris, mimics sea whips to avoid detection, and how the ornate ghost pipefish, Solenostomus paradoxus, can change its body coloration and orientation to mimic its surroundings.

The giant frogfish, Antennarius commerson, is an ambush predator. They mimic sponges and their slender dorsal spine, the illicium, is waved around like a tiny fishing rod. Bypassers attracted to the lure at the end of the illicium are engulfed by the huge mouth in a fraction of a second. They are also known as anglerfish.

Scorpionfish and stonefish are also ambush predators. They blend in perfectly with their environment so they can pounce on their unsuspecting prey, but have venomous spines as an extra defence. We see a moray eel colliding with a stonefish at Thailand's Boonsung wreck.

Thanks to Coded for the first music track, "Pattern Errors", and to Toao (SOILSOUND Music Publishing LLC, http://www.soilsound.com) for the second music track, "Starbeam".

I have more scuba diving videos and underwater footage on my website at:
http://www.bubblevision.com

I post updates about my videos, and interesting underwater videos from other filmmakers here:
http://www.facebook.com/bubblevision
http://www.twitter.com/nicholashope 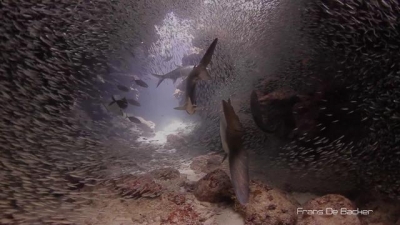 I could spend hours and hours just watching this underwater spectacle. It's like a dream you'd wish it never ended. 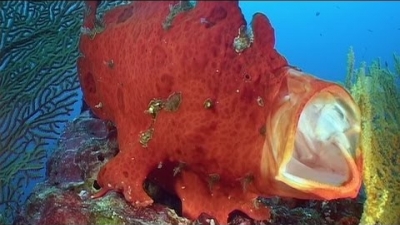 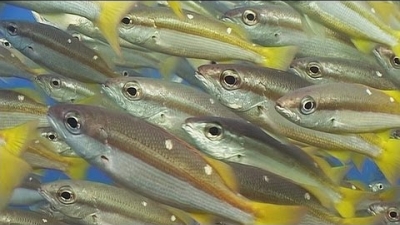 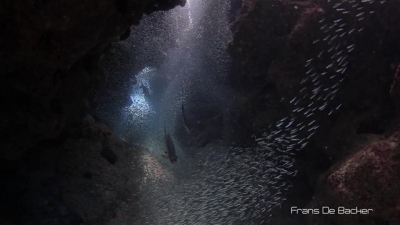 This is how it feels diving through Eden Rock during summer. Gazing at a never ending performance of Tarpon opening wind... 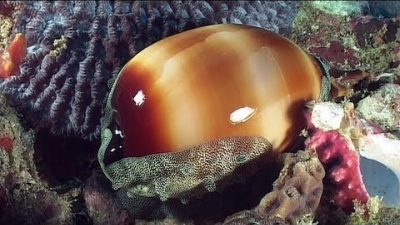 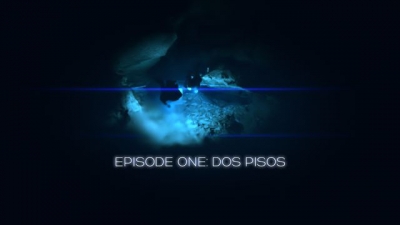 Secrets of the Yucatan. Episode One: Dos Pisos

First edit now completed from footage shot from our latest cave diving trip to the Yucatan Peninsula in México. Episode ... 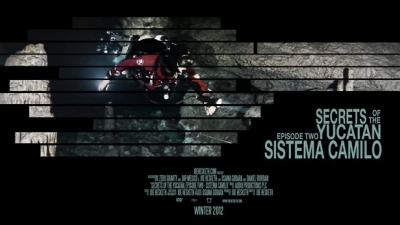 Day three from our recent cave diving trip to the Yucatan Peninsula in México. This episode is from Sistema Camilo, a da... 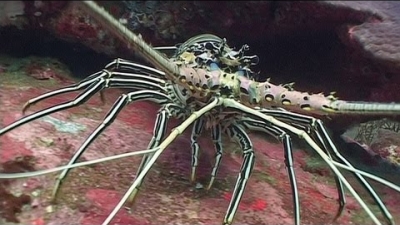 Crustaceans: Spiny lobsters, shrimps and a swimming crab. Part 13 of my DVD, "Reef Life of the Andaman", available at ht... 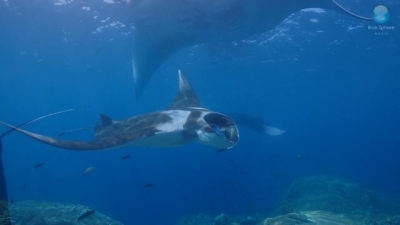 Manta - Ray of Hope takes the viewer on a breathtaking journey to some of the most remote and exotic places on earth, to...